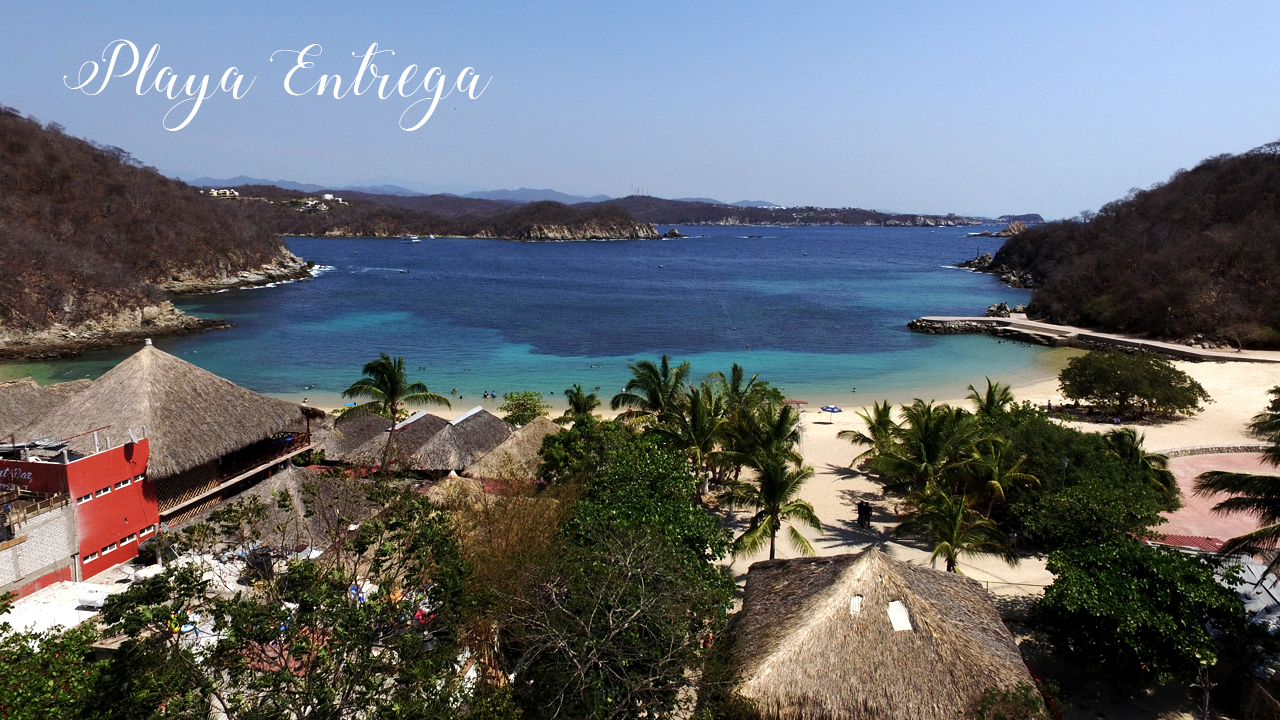 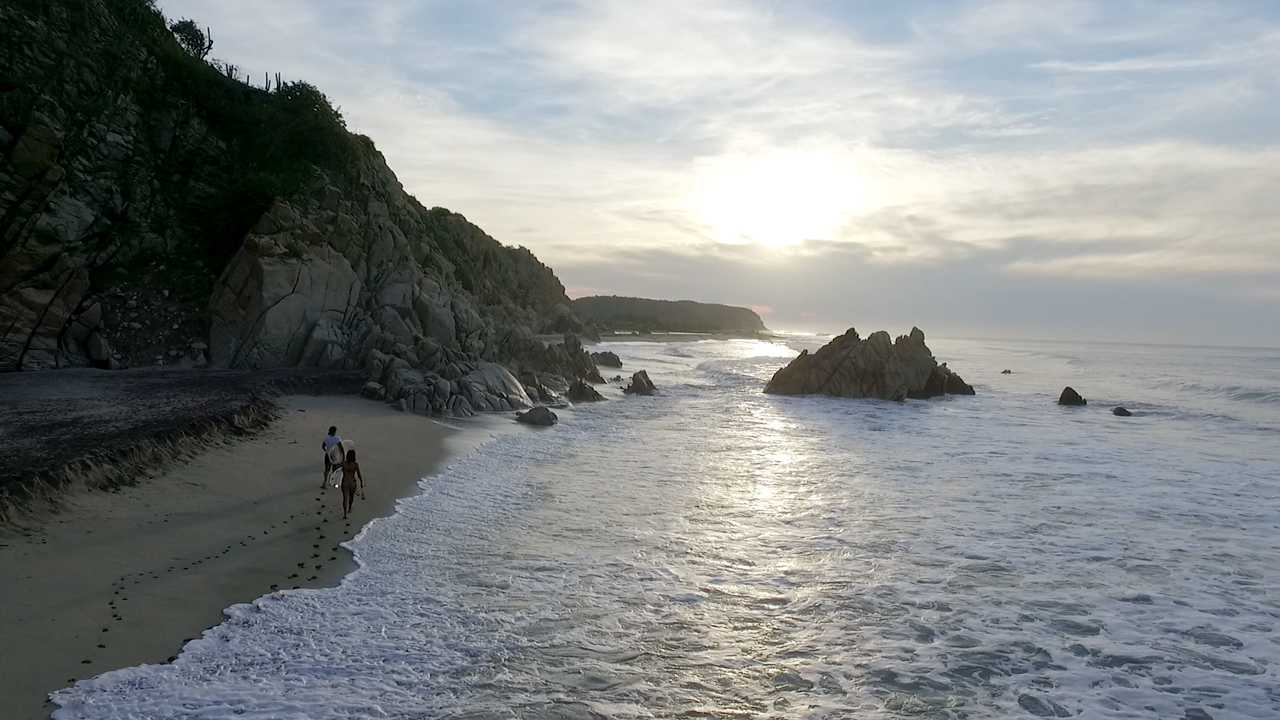 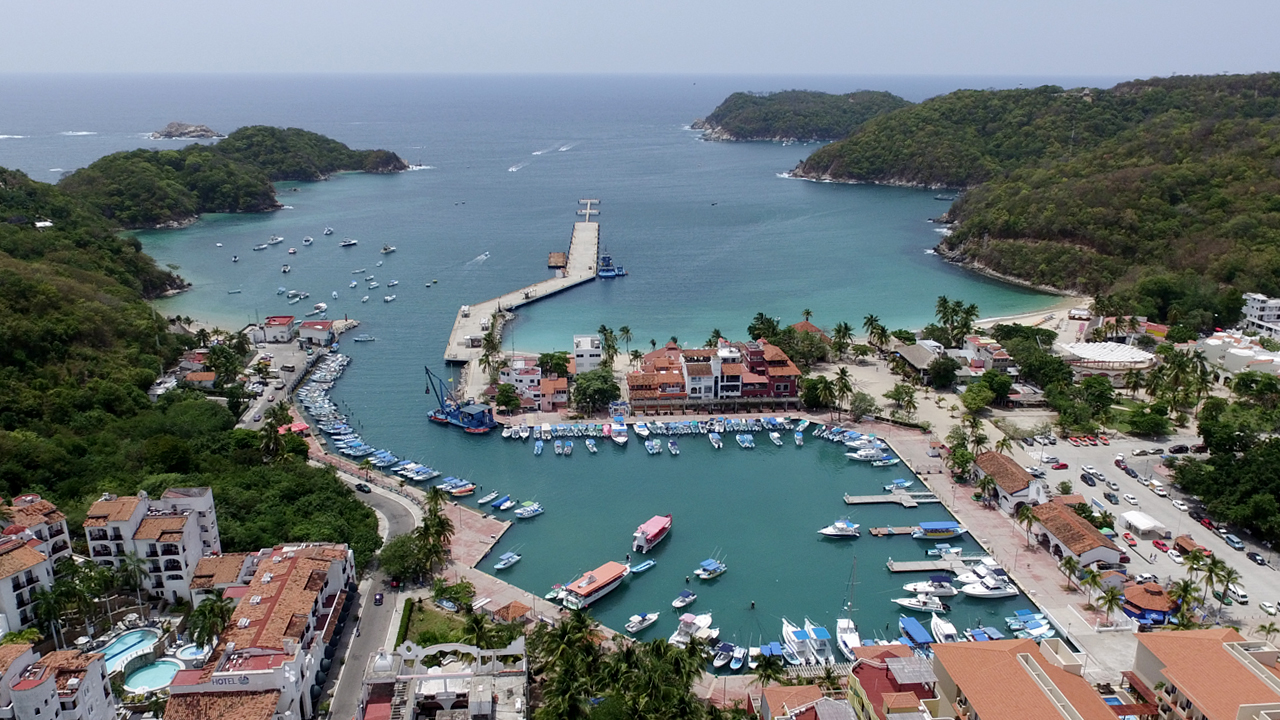 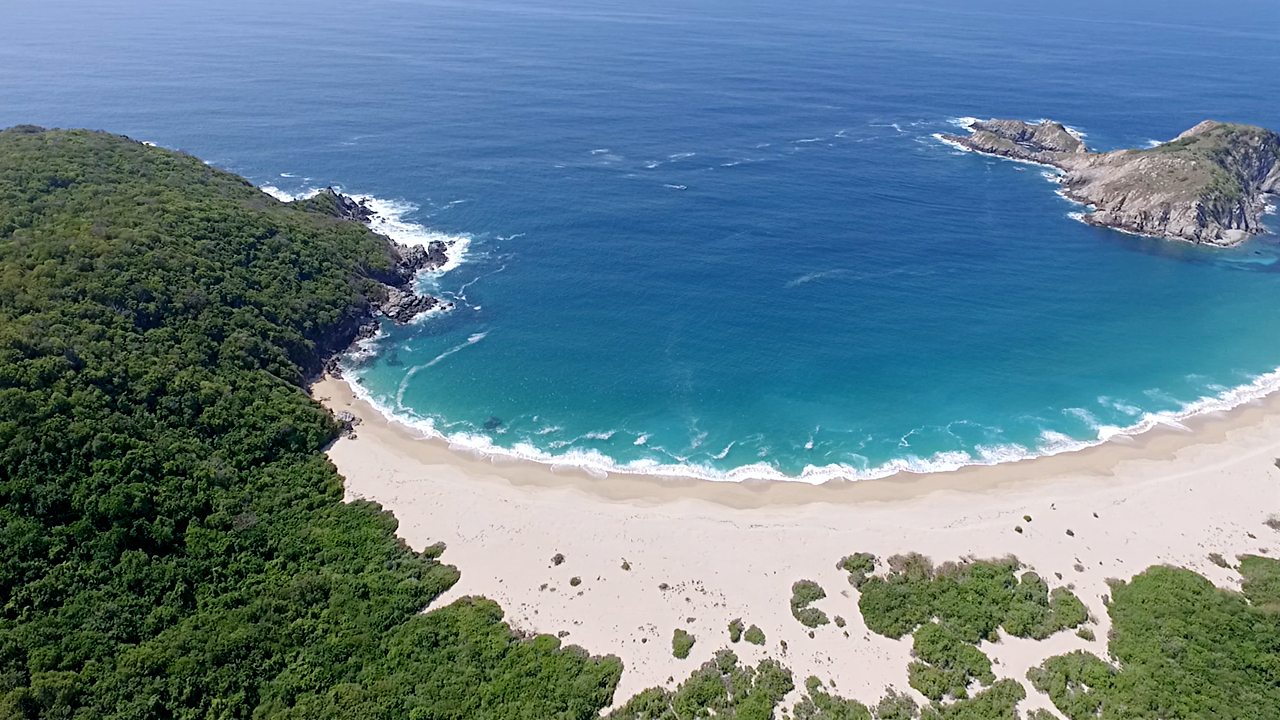 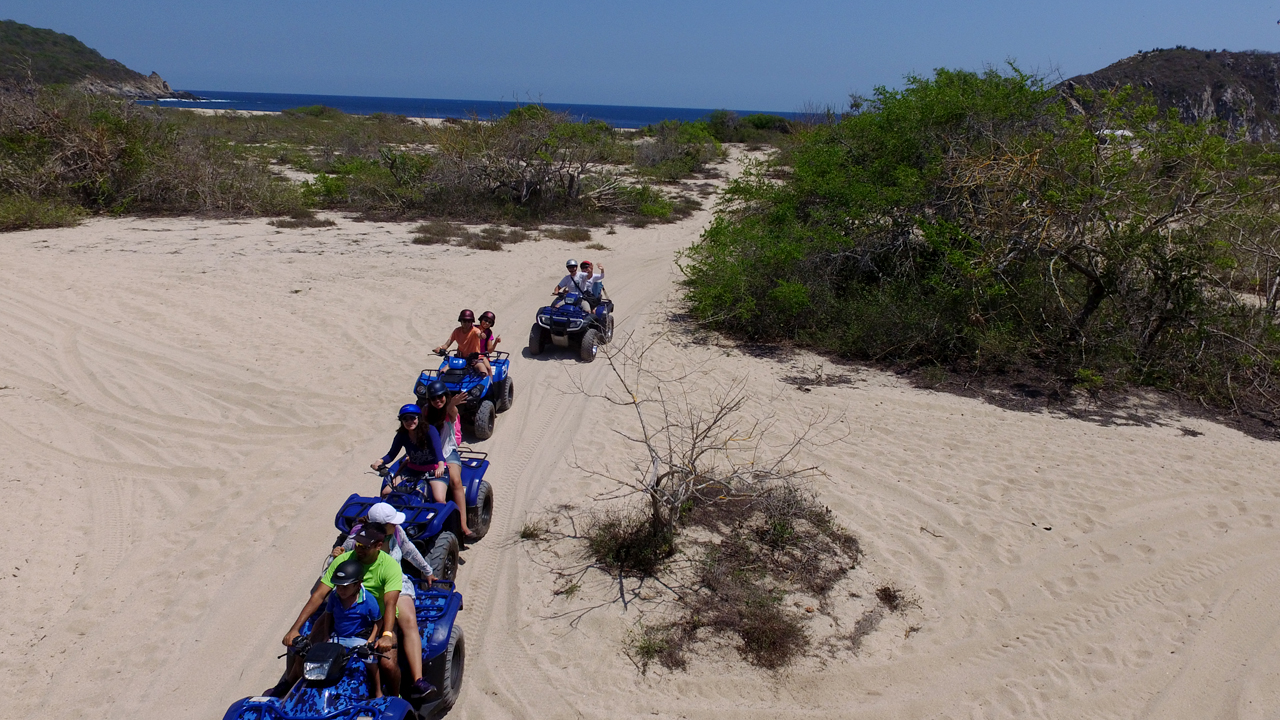 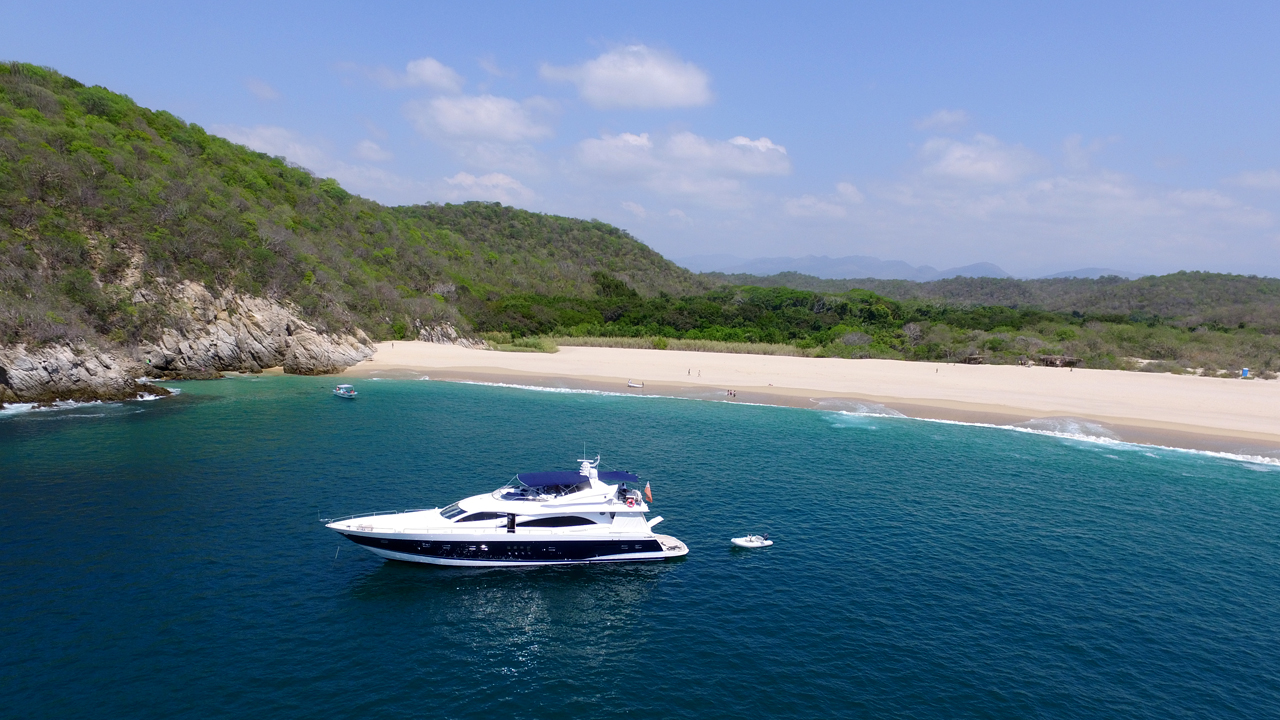 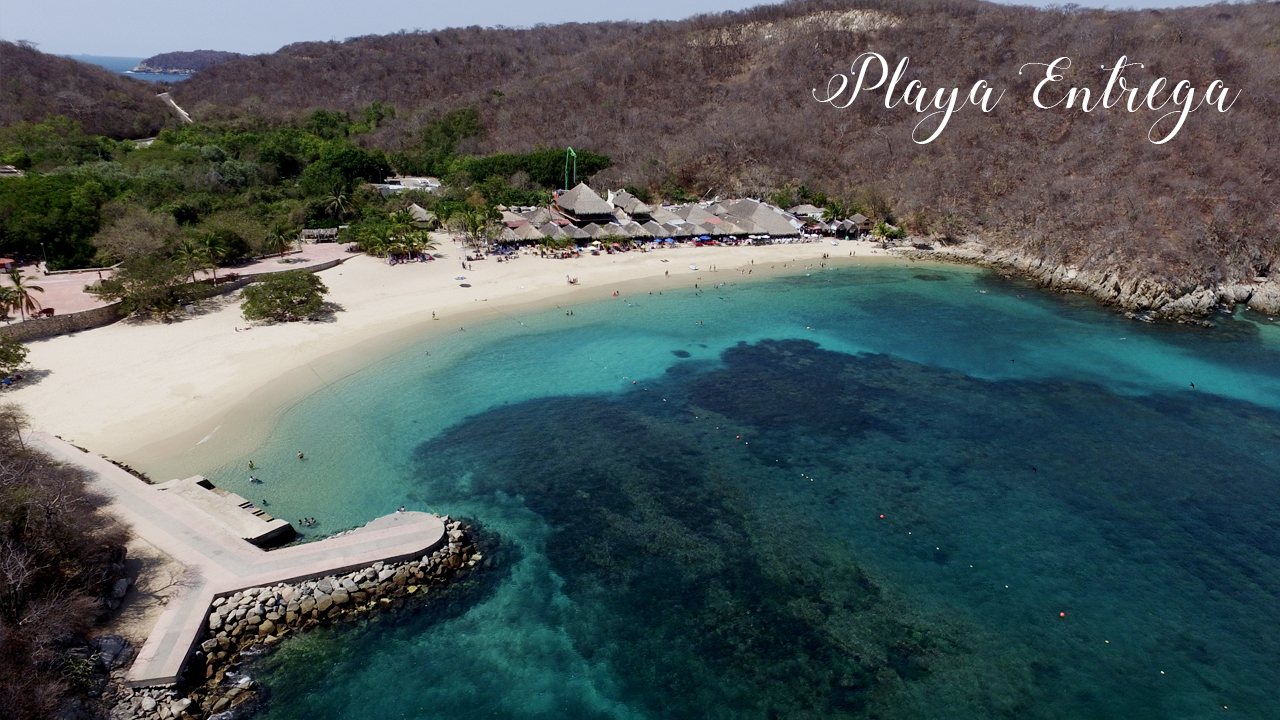 Las Bahias of Huatulco,(the bays of Huatulco), more commonly called Huatulco (pronounced “wah-tool-co”), is a beach destination consisting of nine bays with 36 beaches. Located on the Pacific Coast in the State of Oaxaca,165 kilometers from the capital State of Oaxaca, and 470 kilometers from Mexico City, this region was chosen in 1980 By FONATUR, The National Fund for the Development of Tourism, as tourist resort.

Huatulco extends on 22 km of coast, between the rivers Coyula and Copalita. Situated in a magnificent natural region, with the chain of Sierra Madre mountains forming a beautiful backdrop for the tourism development. The lush tropical vegetation of the mountains is particularly green during the rainy season, from June to October. Its biodiversity and virgin landscapes of Huatulco a popular destination for nature lovers.

History of Huatulco:
The coast of Oaxaca has been inhabited since ancient times by the Zapotecs and Mixtec. When FONATUR chose Huatulco for development, it was a series of shelters along the beach, whose inhabitants were engaged in small-scale fisheries. The construction process for the tourist complex began in the mid 80’s and the people who lived along the coast were moved to Santa Maria Huatulco and  La Crucecita.

The National Park of Huatulco was created in 1998. Later, classified as a Biosphere Reserve by UNESCO, the park protects a vast area including the bays. In 2003, the port of Santa Cruz began its activities, and today receives approximatly 80 cruise ships each year.

Huatulco and Sustainable Development:
the development of Huatulco is done according to a plan of sustainable development and the preservation of the environment. Some of the efforts made to make Huatulco a sustainable destination include the reduction of greenhouse gas emissions, waste reduction, the improvement of energy efficiency and the management of natural resources. A large part of the region of the bays of Huatulco is protected as Ecological Reserves, and no development of constructions will not be able to perform.
In 2005, Huatulco obtained the International Certification “Green Globe” as a sustainable tourist area. In 2010, Huatulco received the certification” Gold EarthCheck” and was the only destination in all the Americas to have achieved this distinction.

La Crucecita:
La Crucecita is a small town located a few minutes by car from the bay of Santa Cruz. La Crucecita was built as a community to support the tourist area and a good number of workers of tourism live here. It has become the center-city of the region of Huatulco. Although it is a new city, it embodies what is an authentic small Mexican City. There is an abundance of shops and restaurants in La Crucecita, and it is a wonderful place for shopping, enjoy a meal, or take a walk in the evening. The Church of La Crucecita is part of the parish of Nuestra Señora de Guadalupe and presents an image of 20 meters of the Virgin of Guadalupe painted in its dome.